Our August Readalong is The Jungle Books by Rudyard Kipling! We will be reading from August 1 through September 11 (6 weeks). The Readalong hashtag will be #JungleRead . Please join us; there are no prerequisites for this kind of shenanigan! 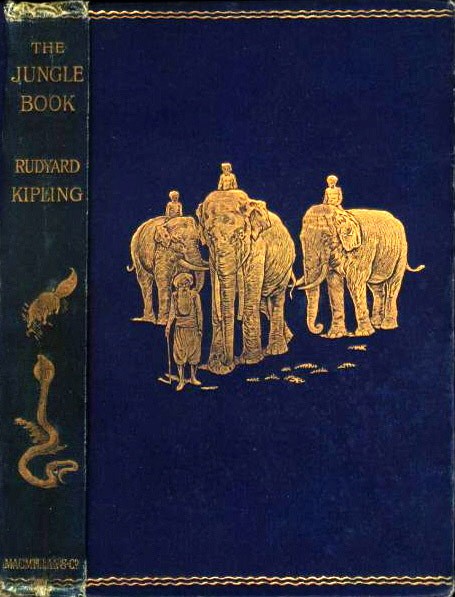 I’m looking forward to reading this book with you! I will be hanging out on Twitter and posting here on the blog. If you’re planning to do any Jungle Books-related blogging or projects, let me know. I’m going to try to do a scheduled chat at least once during the month; day and time TBD but it will likely be a Saturday.

August 7th: You should have read through “Road-Song of the Bandar-Log”

August 14th: You should have read through “Darzee’s Chaunt”

August 21st: You should have read through “The Law of the Jungle”

August 28th: You should have read through “A Ripple Song”

September 4th: You should have read through “Angutivan Tina”

September 11th: You should have finished the book through “The Outsong”

I finally got around to doing the Hamilton book tag! You can watch the video below, or just read my answers to the prompts even further below.

Let me know if you end up doing this, too, because I want to read your answers!

The Room Where It Happens (book world you would put yourself in): I would definitely choose Middle-Earth! I’ve spent years thinking about, reading about, and writing about that stupid place. I know all the best places to live, stop for coffee, or buy a horse.
The Schuyler Sisters (Underrated Female Character): Anne Elliott from Persuasion. She’s amazing and deserves so much more love than she gets. She’s sensible, not a show-off, kind, compassionate, observant, and loyal.
My Shot (A character that goes after what they want and doesn’t let anything stop them): I mean, I’m not sure if I should apply this in a good way or a bad way, but the first character that sprang to mind was Nathaniel from The Amulet of Samarkand. He is terrifyingly ambitious but also I love him.
Stay Alive (A character you wish was still alive): WOW UM SPOILERS for “The Tale of Beren and Luthien” (from The Silmarillion) but I’m still really upset about Finrod Felagund. I will probably always be really upset about Finrod Felagund.
Burn (The most heartbreaking end to a relationship you’ve ever read): SPOILERS for Doctrine of the Labyrinths series by Sarah Monette – um Felix and Gideon from The Mirador messed me up real bad.

You’ll Be Back (Sassiest villain): Piper Greenmantle from The Raven Cycle. I mean, she’s also terrifying and ice-cold, but she can be pretty hilarious. I almost picked her husband Colin but I think she’s better.
The Reynolds Pamphlet (A book with a twist that you didn’t see coming): Any book by Megan Whalen Turner, several books by Timothy Zahn
Non-stop (A series you marathoned): SO MANY but I’ll mention The Lord of The Rings because it involved stealing from my brother, and honorary mention goes to The Mortal Instruments trilogy because I could barely put those books down even though it was the middle of a college term and it was INCREDIBLY STRESSFUL.
Satisfied (Favorite book with multiple POVs): The Son of Neptune by Rick Riordan, or any book in that series (The Heroes of Olympus).
Who Lives, Who Dies, Who Tells Your Story (A book/series you feel like will be remembered throughout history): The Lord of The Rings – I know I keep giving Tolkien answers but I can’t help how I feel! It’s already a classic, obviously, and so many of the themes and characters are universal, that even with its problematic elements I think it’s going to last a good long while!

Helpless (A relationship you were pulling for from the very start): I can’t think of any that I didn’t think were going to eventually get together. But I really liked Kate and Curran from the Kate Daniels series immediately, and shipped them, even though they are both kinda jerks at first.
Ten Duel Commandments (Favorite fight scene): Any of the duels in Swordspoint by Ellen Kushner, but especially the opening chapter.
Say No To This (Guilty pleasure read): I don’t believe in guilty pleasure reads. I read them and love them or I don’t. But I think manga is the thing I get the most side-eyes for reading, and I know I’ve had to justify Fruits Basket more than once (even though it’s one of the best comic series, period, ever written).
What Comes Next (a series you wish had more books): The Goblin Emperor by Katherine Addison, or Howl’s Moving Castle by Diana Wynne Jones (there are 2 sequels but I want more, obviously).

Right Hand Man (Favorite BROTP): Sherlock Holmes and John Watson from Arthur Conan Doyle’s stories.
What’d I Miss (a book or series you were late to reading): I’m late to EVERYbook, let’s be real. I just recently read The Oresteian Trilogy by Aeschylus and that party has been around for over 2000 years…